The yellow-eyed penguin (Megadyptes antipodes, hoiho in Māori) is the largest of the penguins breeding in New Zealand. The main breeding population is in the subantarctic islands (Auckland and Campbell Islands), but this species also breeds on the mainland, along the southeast coast of the South Island, and on Stewart Island/Rakiura (and adjacent islands). 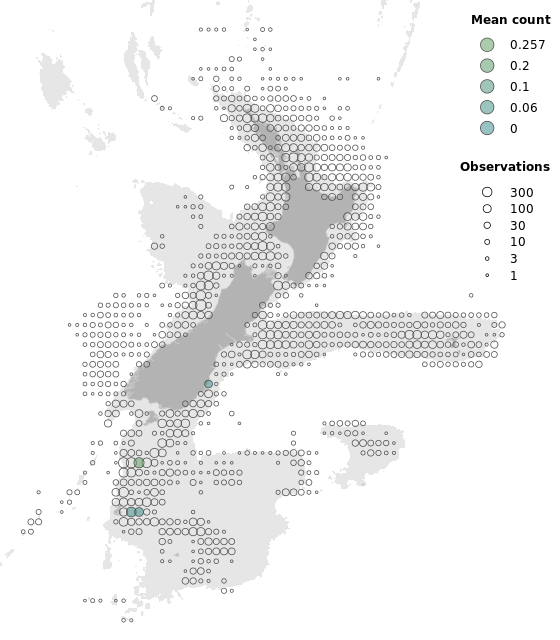 Mean number of yellow-eyed penguin recorded around fishing vessels during counts carried out by government observers, binned to 0.4 degree of longitude and latitude. The size of the circle indicates the number of observations, whereas the colour indicates the mean number of birds recorded during counts. Empty circles indicate that no birds were observed. The grey areas indicate water depths of less than 1000 m. 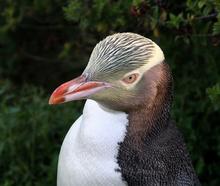