Two species of diving petrels breed in the New Zealand region, the common diving-petrel (Pelecanoides urinatrix) and the South Georgian diving-petrel (P. georgicus). The latter has a widespread circumpolar distribution, but only around 150 pairs breed in New Zealand, on Codfish Island off Stewart Island. The estimated New Zealand population of the common diving petrel ranges from 300,000 to more than 2 million pairs. 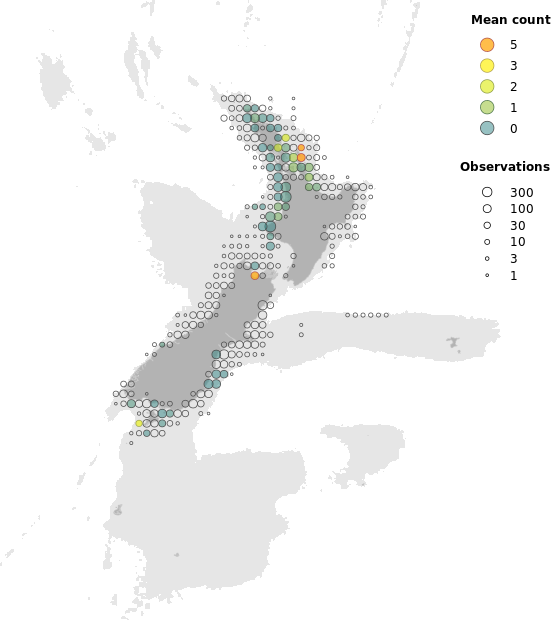 Mean number of diving petrels recorded around fishing vessels during counts carried out by government observers, binned to 0.4 degree of longitude and latitude. The size of the circle indicates the number of observations, whereas the colour indicates the mean number of birds recorded during counts. Empty circles indicate that no birds were observed. The grey areas indicate water depths of less than 1000 m. 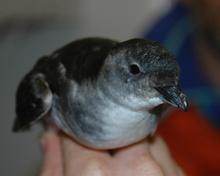