Gulls and terns are numerous and diverse in New Zealand. Three species of gulls and five species of terns breed here. Many other species of terns are occasional stragglers. The most common species in this group are the black-backed gull, the red-billed gull, and the white-fronted tern. They are however under-represented in the bird counts from fishing vessels, as these species are mainly coastal. 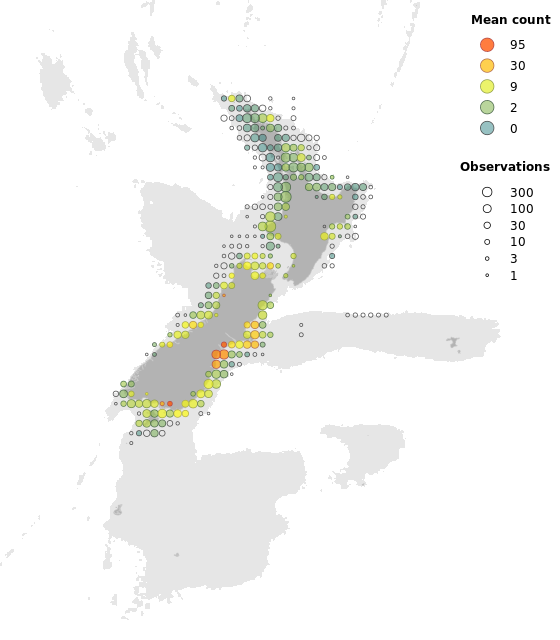 Mean number of gulls and terns recorded around fishing vessels during counts carried out by government observers, binned to 0.4 degree of longitude and latitude. The size of the circle indicates the number of observations, whereas the colour indicates the mean number of birds recorded during counts. Empty circles indicate that no birds were observed. The grey areas indicate water depths of less than 1000 m.