Six species of storm petrels and white-faced storm petrels can be seen in New Zealand waters, and five of them are known or suspected to breed there. They include the recently rediscovered New Zealand petrel (Pealeornis maoriana) whose breeding location is still unknown, but is suspected to be around Hauraki Gulf. Due to their small size and black and white plumage, the different species of storm petrels are difficult to distinguish from each other, and the distribution presented here is for all species combined. 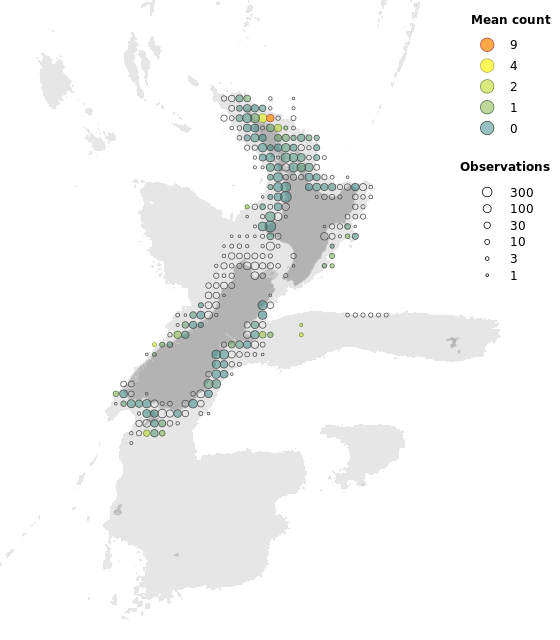 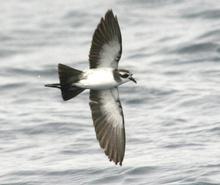