The Chatham albatross is endemic to New Zealand, with approximately 4,500 pairs breeding annually on the Pyramid (a small island that is part of the Chatham islands archipelago). Previously considered as Critically Endangered on the IUCN red list, its status was changed to Vulnerable in 2010 because its population appears to be stable. The Chatham albatross has a much darker head and brighter yellow bill than the Salvin's albatross. However, at sea some misidentifications may occur. 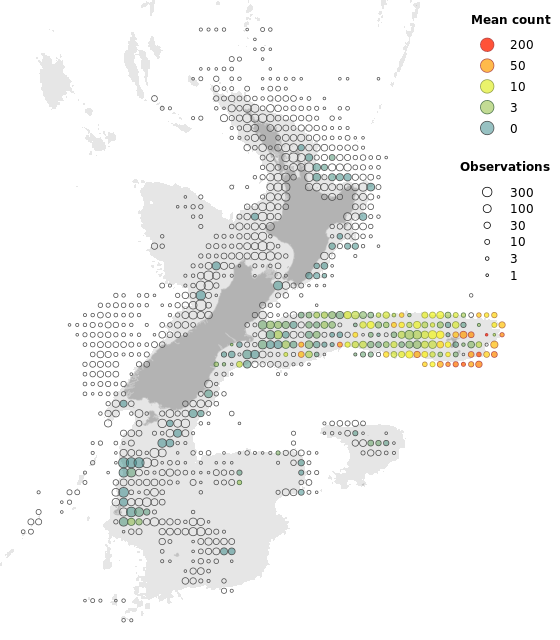 Mean number of Chatham Island albatross recorded around fishing vessels during counts carried out by government observers, binned to 0.4 degree of longitude and latitude. The size of the circle indicates the number of observations, whereas the colour indicates the mean number of birds recorded during counts. Empty circles indicate that no birds were observed. The grey areas indicate water depths of less than 1000 m. 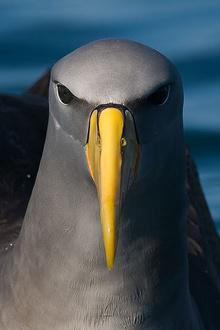