The species complex of wandering albatrosses is split in New Zealand into the wandering (or snowy; Diomedea exulans), the Antipodean (D. antipodensis antipodensis), and the Gibson's (D. a. gibsoni) albatrosses. Only the latter two, considered to be separate species in the past, breed in New Zealand on Antipodes, Campbell, and Auckland islands. The wandering albatrosses were grouped with royal albatrosses on bird count forms used until 2007, but not on forms currently in use. Species within the wandering albatross complex can be difficult to distinguish at sea, especially immatures, and misidentifications may be common. For this reason, the distribution is shown here for the whole complex and not for each species (although the species are distinguished in the data). 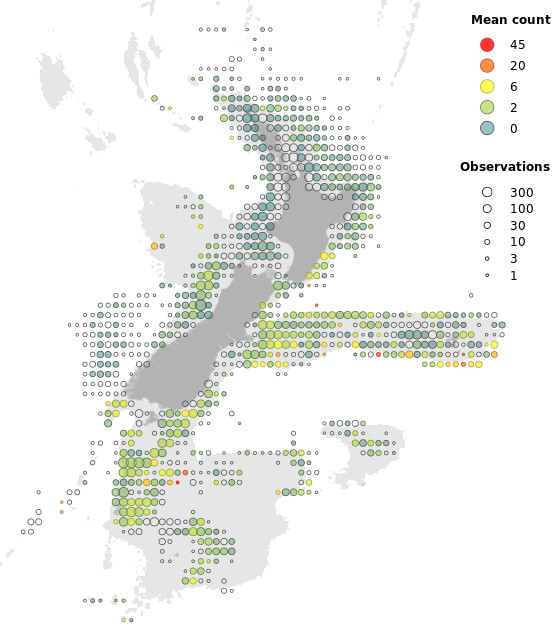 Mean number of wandering albatrosses recorded around fishing vessels during counts carried out by government observers, binned to 0.4 degree of longitude and latitude. The size of the circle indicates the number of observations, whereas the colour indicates the mean number of birds recorded during counts. Empty circles indicate that no birds were observed. The grey areas indicate water depths of less than 1000 m. 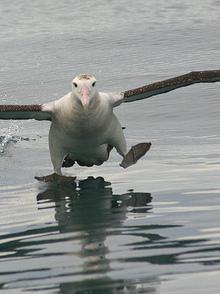