The Indian yellow-nosed albatross does not breed in New Zealand but occasionally visits Northland's east coast, Hauraki Gulf, and Bay of Plenty. It is relatively easy to distinguish from other albatrosses, although it is possible that observers may confuse it with Buller's and grey-headed albatrosses. 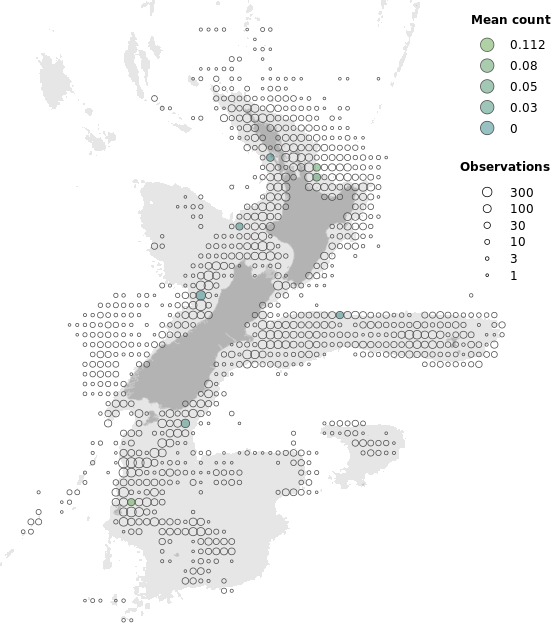 Mean number of Indian Ocean yellow-nosed albatross recorded around fishing vessels during counts carried out by government observers, binned to 0.4 degree of longitude and latitude. The size of the circle indicates the number of observations, whereas the colour indicates the mean number of birds recorded during counts. Empty circles indicate that no birds were observed. The grey areas indicate water depths of less than 1000 m. 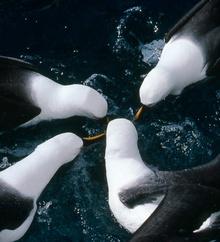