The royal albatross complex consists of the southern (Diomedea epomophora) and northern (D. sanfordi) royal albatrosses. Both species are endemic to New Zealand. The southern royal albatross mainly breeds on Campbell Island, but less than 100 pairs also breed on Auckland Islands. The northern royal albatross predominantly breeds on Chatham Islands, and approximately 30 pairs also breed on the mainland at Taiaroa Head near Dunedin. The two species were merged together and grouped with the wandering albatross complex on the first bird count form, used until 2007. The two species are difficult to tell apart and the distribution shown here is for both. 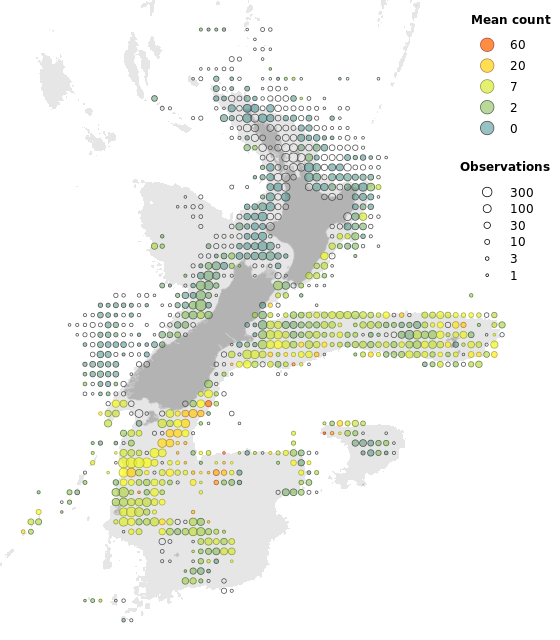 Mean number of royal albatrosses recorded around fishing vessels during counts carried out by government observers, binned to 0.4 degree of longitude and latitude. The size of the circle indicates the number of observations, whereas the colour indicates the mean number of birds recorded during counts. Empty circles indicate that no birds were observed. The grey areas indicate water depths of less than 1000 m. 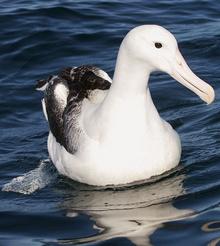