The southern (Thalassarche bulleri bulleri) and northern (T. b. platei) Buller's albatrosses are increasingly considered to be two different species. Both are endemic to New Zealand, but the former breeds on the Snares and Solander islands, whereas the latter breeds off Chatham and Three Kings islands. The two Buller's albatrosses are very difficult to distinguish at sea, and the distribution presented here shows them together. Additionally, at-sea identifications of Buller’s albatrosses may be confused with the Salvin's and grey-headed albatrosses. 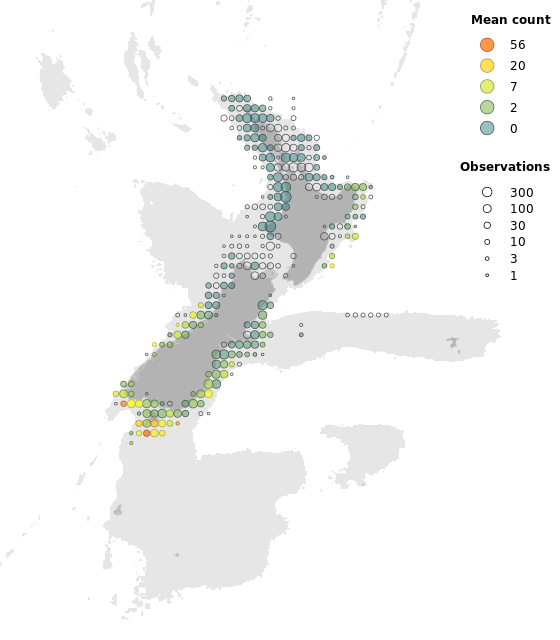 Mean number of southern and northern Buller's albatrosses recorded around fishing vessels during counts carried out by government observers, binned to 0.4 degree of longitude and latitude. The size of the circle indicates the number of observations, whereas the colour indicates the mean number of birds recorded during counts. Empty circles indicate that no birds were observed. The grey areas indicate water depths of less than 1000 m. 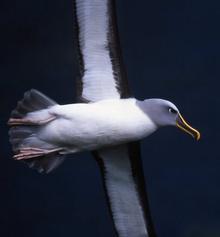